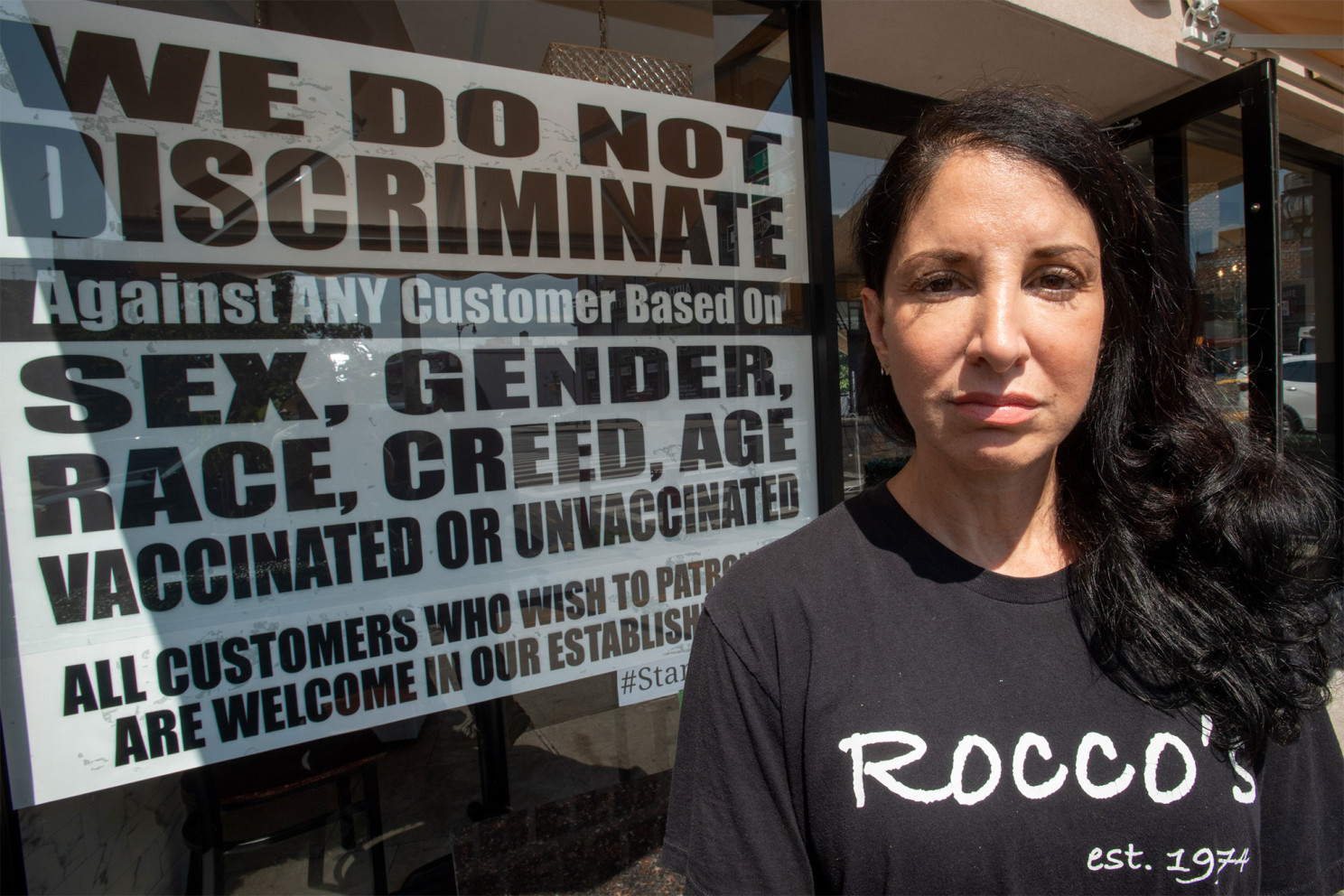 Not all New York City restaurants are happy about the citywide vaccine mandate that took effect on Monday — and many are refusing to comply.

Shortly after Mayor Bill deBlasio announced the new rules on Aug. 3, a sign appeared in the front window of Pasticceria Rocco, a pastry shop and diner in Bay Ridge, Brooklyn: “We do not discriminate against any customer based on sex, gender, race, creed, age, vaccinated or unvaccinated. All customers who wish to patronize are welcome.”

“For me, it’s not political — most of my customers are vaccinated,” said Mary Josephine Generoso, who manages the eatery. “It’s about civil liberties and freedoms. Now we have to be in a society where people can’t roam freely and enter my place of business if they want to? How is that OK in the United States of America?”

Generoso said she hasn’t spoken with city officials about the new rules — and admitted she isn’t exactly sure what she’ll do if they show up at her door.

“It’s scary. I feel like we will be made an example of,” Generoso said. “It is really hard to go up against a machine, and that’s what we are up against. Honestly, I put the sign up because I was hoping that other business owners would also have the courage to speak out. But it is mainly our customers who have reached out in support.”

On Sept. 13, the city will begin issuing fines starting at $1,000 for first offense, $2,000 the second time — to indoor businesses that fail to ensure their venues are off limits for those who remain unvaccinated.

Robert Briskin, who owns American Brass and Maiella in Queens, also said that along with the policing issue, letting go of unvaccinated staff will also be problematic.

“I’m sure my staff can sit home and collect from the same people enforcing these rules,” Briskin said. “I would appreciate it if the government did its own dirty work and would stop bossing me around. I spent a year being the mask police and now I have to be the vaccine police. Is the city going to pay me for my service?”