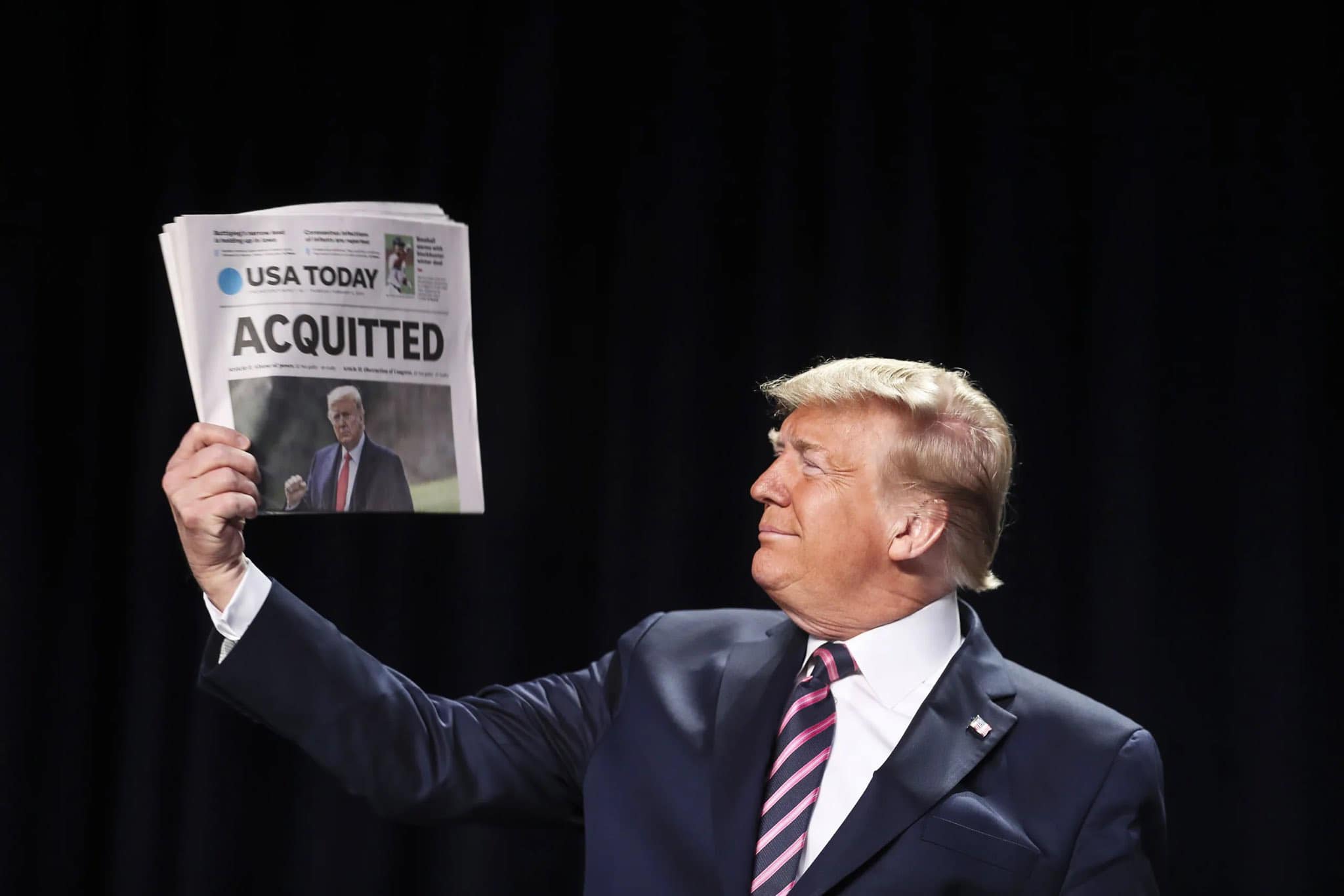 Former President Trump was acquitted in an unprecedented second impeachment trial on the charge of inciting an insurrection for the Jan. 6 Capitol riot, making him the first and only president to be impeached and acquitted twice in history.

A majority of senators found Trump guilty on Saturday in a 57-43 vote, but the number fell short of the supermajority needed to convict the president. Had Trump been convicted, the Senate would have moved to bar the 45th president from holding federal office ever again.

The seven GOP senators who joined with all Democrats in finding Trump guilty were: Sens. Richard Burr of North Carolina, Bill Cassidy of Louisiana, Susan Collins of Maine, Lisa Murkowski of Alaska, Mitt Romney of Utah, Ben Sasse of Nebraska and Pat Toomey of Pennsylvania.