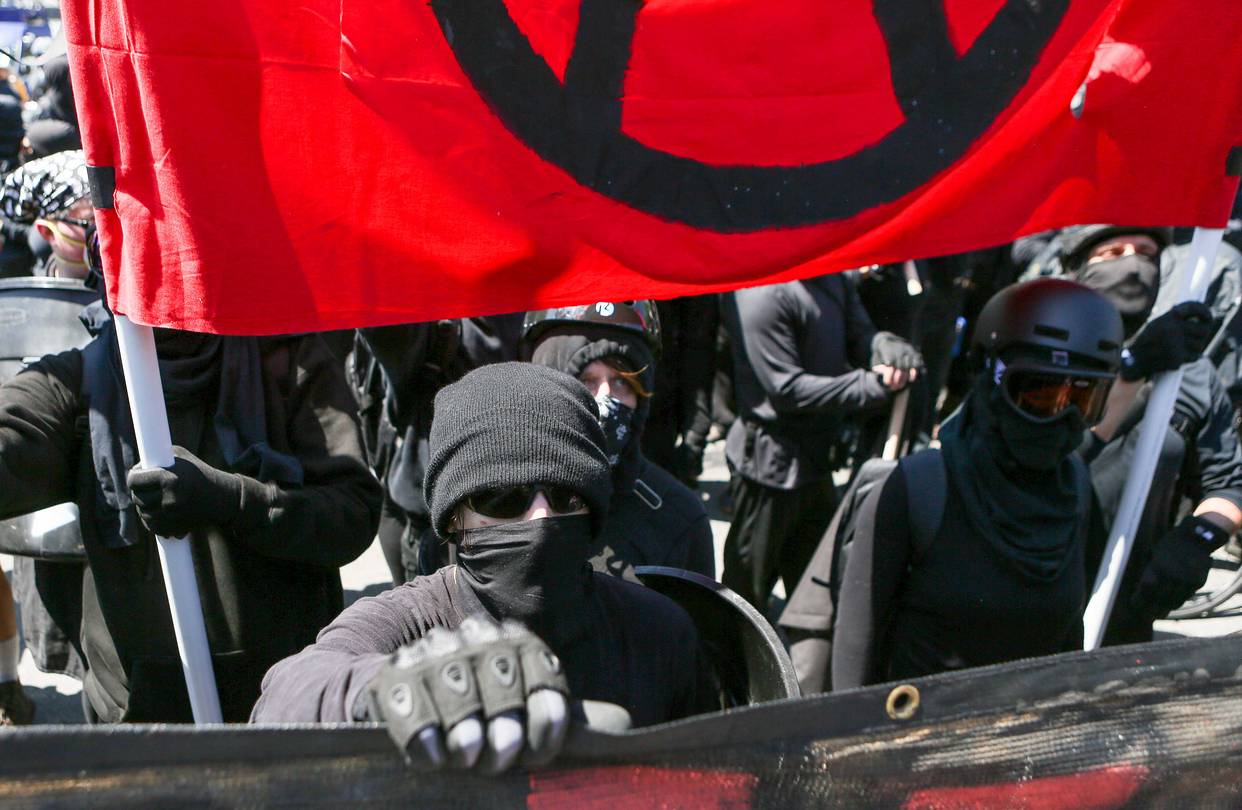 Members of the violent far-left activist group Antifa identified themselves to reporters who were on scene in Brooklyn Center, Minnesota, ahead of another night of unrest following the police-involved shooting of 20-year-old Daunte Wright who was shot while resisting arrest during a traffic stop on Sunday. Officier Kimberly Potter, responsbilbe for the alleged accidental shooting, has since resigned.

Potter has said she meant to reach for her taser instead of her gun while involved in an altercation with Wright at his car.

Black Lives Matter immediately took to the streets to protest for Justice for Daunte Wright, but within hours the protests quickly turned violent. Since then ANTIFA has arrived at Brooklyn Center to join BLM. Riot’s in the city have raged on for 3 days now, and there have been multiple attacks on law enforcement throughout the area.

Fox News reporter Mike Tobin, who is on the ground, told Laura Ingrahm “I can tell you this. The makeup of the population out here certainly changed tonight. I think Sunday night it was all about the locals that were here: They were genuine and angry,” he said.

“As it goes on, you get more people coming in from out of town. I had several people that I spoke with who identified themselves as Antifa — and angrily so. So you had that crowd out here.”

“We saw an increased number of kids ‘wearing the uniform’ if you will, the black hoodies, the backpacks. I saw leaf-blowers out there, different kinds of … makeshift shields and things. It was changing dramatically in terms of the makeup, and certainly the numbers of the crowd.”

Host Laura Ingraham added that, following some of the protest groups social media accounts, she read that they have been warning fellow activists that police were heard on radio scanners potentially planning “mass arrests” of people engaged in unrest.

“I guess it is ticking them off even more,” she said. “So that is something that we should also take a lookout for. Look, the mayor of St. Paul and the mayor of Minneapolis both said they would not tolerate looting and violence. They both made that clear despite what we saw last night and the night before.”

It certainly doesn’t help matters that Brooklyn Center City Council approved a resolution 2 days ago banning crowd control tactics during protests, including rubber bullets & tear gas. Although BLM and ANTIFA continue to rage war on law enforcement, police officers are not able to retaliate due to the resolution that bans them from doing so.

Mike Tyson loses it onboard a JetBlue flight after being antagonized by an obnoxious passenger and ends up pummeling him in the face.
Crime