You Made It Political
HomePoliticsBiden Approval Ratings Drop Below 50% In New National Poll... 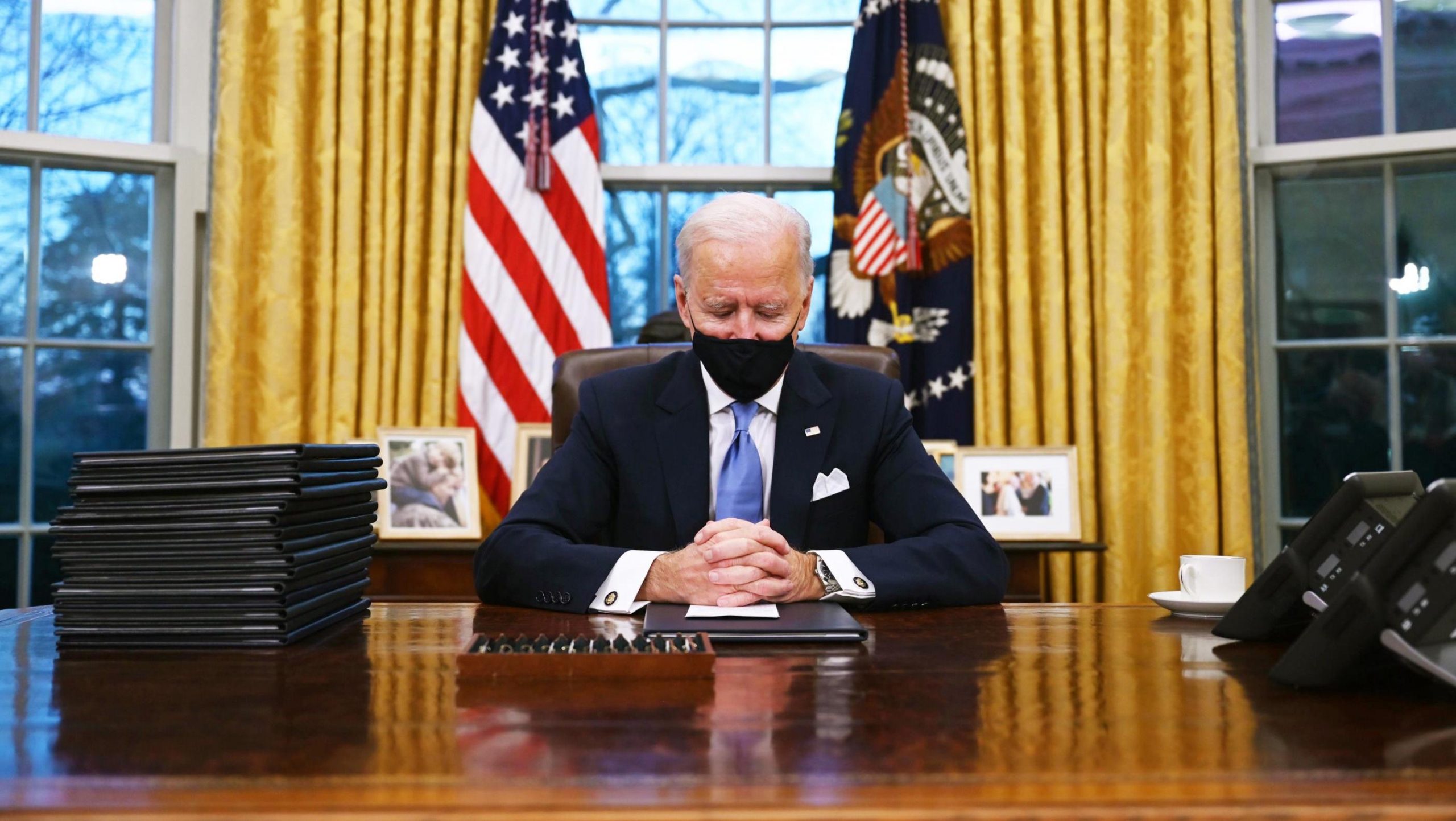 According to a Quinnipiac University survey conducted Jan. 28–Feb. 1 and released on Wednesday, 51% of Americans say they disapprove of the job the president’s doing so far in the White House.

While Biden starts out his presidency in a higher polling position than his predecessor – President Trump’s approval registered in the mid-40s in January 2017 – he lags behind the three two-term presidents who preceded Trump.

Nearly nine in 10 Democrats approve of Biden’s performance, but that number plunges to 11% among Republicans. We’re not surprised by this at all seeing that most Republicans understand the logic behind Biden’s failures, while the Democrats still don’t quite know why they hired Biden in the first place.

The Quinnipiac University survey was conducted using live telephone operators, with 1,075 adults nationwide questioned. The poll’s overall sampling error is plus or minus 3 percentage points.