You Made It Political
HomePoliticsGovernor Andrew Cuomo Resigns, But What Now, And Is His Replacement Any...

Governor Andrew Cuomo Resigns, But What Now, And Is His Replacement Any Better? 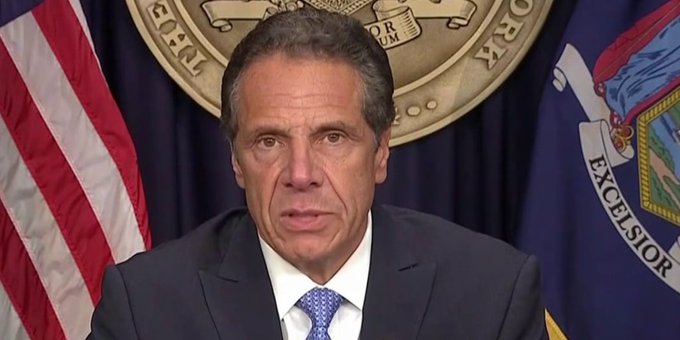 New York Gov. Andrew Cuomo has announced he will resign from office following a series of scandals including the nursing home deaths and a scathing report from the state’s attorney general concluding that Cuomo sexually harassed 11 women, and in one instance, threatened to retaliate against one of his accusers who went public with her allegations.

But what now for NY? Cuomo still has 14 days until he officially resigns according to his “pity party” speech this morning where he once again played the victim card and begged NY to look past the allegations so that we didn’t spend a fortune of taxpayer dollars pursuing him.

Why 14 days and not today? The most likely reason is that Cuomo and NY State Legislators need time to strike a deal in exchange for his resignation including writing off the nursing home scandal completely. The sexual harassment allegations brought against Cuomo are his and his alone to deal with, but a nursing home scandal conviction not only brings down the entire NY State Democrat Party but also opens up a can of worms to now prosecute Michigan Governor Gretchen Whitmer and other Democratic Governors across America who made similar negligence mistakes. The likelihood of a Democrat-controlled Legislature putting their own party in that situation is slim to none.

NY State Legislators made it very clear that they had the votes to impeach Cuomo which meant that if he didn’t resign that he would ultimately be impeached which means he would never be able to run again. There would be zero possibility of Cuomo losing his pension, however, assemblyman Angelo Santabarbara and Senator James Skoufis say they plan to introduce a bill that would strip state pensions from anyone impeached by the state legislature in the future.

Now that Cuomo is gone, is NY State better off? Not quite. Thousands have taken to social media today to warn residents of NY that Lieutenant Governor Kathy Hochul, who will make history in 14 days by becoming New York’s first female governor, will be far worse for NY and that her far-left progressive viewpoints will only pave the way for a candidate that could completely transform NY State beyond repair.

“As someone who has served at all levels of government and is next in the line of succession, I am prepared to lead as New York State’s 57th Governor”.