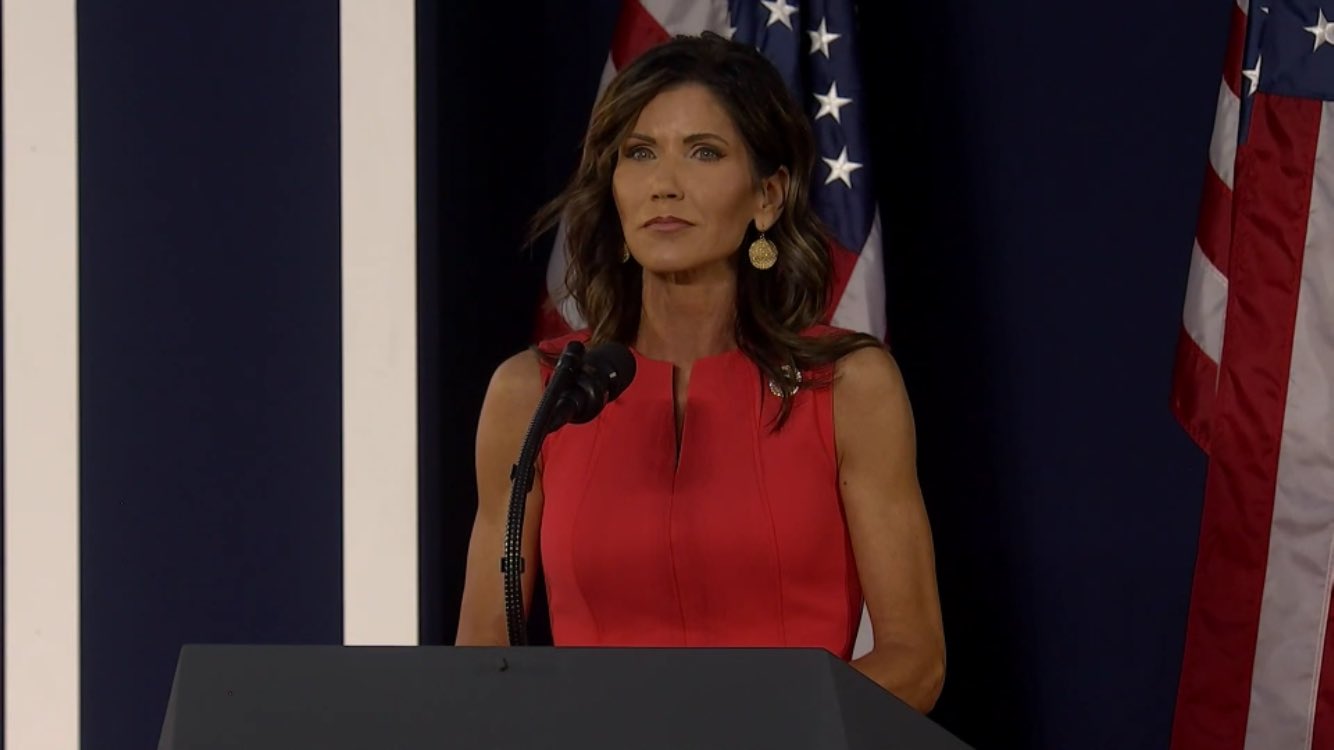 South Dakota Governor Kristi Noem has signed the ‘1776 pledge’ that opposes the teaching of critical race theory (CRT) in public schools, as the debate over the ideology deepens across the nation.

‘Teaching our children & grandchildren to hate their own country & pitting them against one another on the basis of race or sex is shameful & must be stopped,’ Noem tweeted on Monday.

The Republican added: ‘I’m proud to be the 1st candidate in America to sign ‘The 1776 Pledge to Save Our Schools.”

Noem is widely considered to be eyeing the 2024 presidential race, but she insisted to local news outlets that ‘candidate’ referred to her campaign for re-election as governor next year.

The 1776 Pledge was launched as an attempt to counter the 1619 Project, which posits the true founding of America in 1619, when the first African slaves arrived, rather than 1776 when the Declaration of Independence was signed.

Noem argued that the 1776 Pledge asserts the ‘truth’ about America’s history, ‘that we are fighting for freedom, not based on slavery.’

‘Critical race theory is not appropriate for our kids to learn, and to have in our school systems,’ Noem said in an interview with Fox News.

‘We want our honest history, our real history, our patriotic history to be taught to our kids so that we can continue to protect America,’ she added. ‘It’s the most special country in the world, and it’s something that our kids deserve to have long into the future that we had the opportunity to grow up in.’