You Made It Political
HomeCrimeLouisiana Black Man Fatally Shoots and KILLS Black Officer Over Mask Dispute! 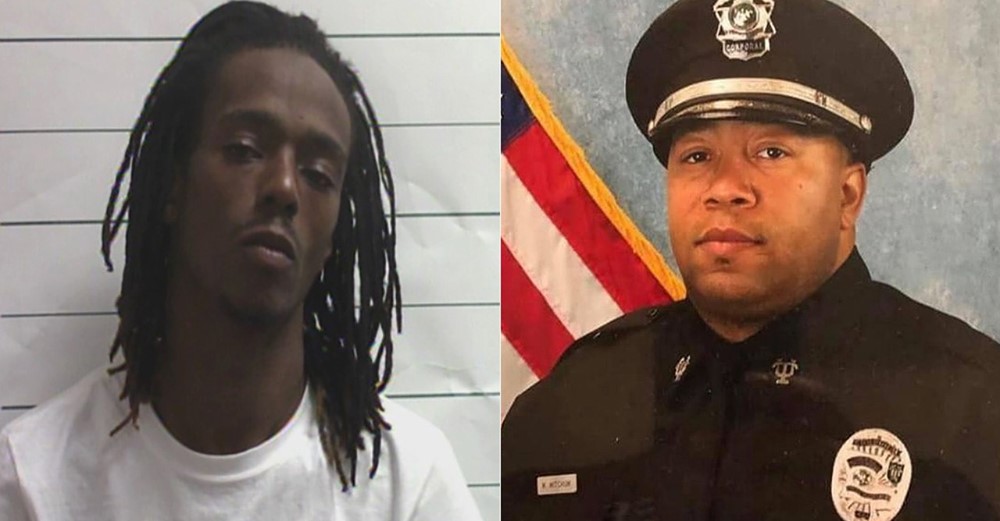 You won’t see this in mainstream media because it won’t fit CNN’s left-wing lunacy agenda, but last Friday night a Louisiana police officer providing security at a high school basketball game in New Orleans was shot and killed following a mask-related dispute. Both the suspect and victim were black.

John Shallerhorn, 35, was arrested Friday evening for armed robbery and first-degree murder of a policeman.

Prior to entering the school that Friday evening, Shallerhorn robbed a 39-year-old man sitting in a vehicle in the parking lot, raising his shirt to brandish a firearm and demanding the victim’s medallion chain, police said.

The victim handed the chain to Shallerhorn, who then attempted to enter the school but was stopped for not wearing a mask.

A physical altercation ensued with a school employee, police said, before Officer Mitchum intervened and escorted Shallerhorn out.

Shallerhorn, as he was leaving, allegedly shot the officer twice. He then placed the firearm on the ground and was taken into custody, police said.

Records show that Shallerhorn was previously arrested in August 2019 for alleged indecent behavior with a juvenile, but the Orleans Parish District Attorney’s Office refused that charge in November 2019.

The disgusting part about this incident is that the media doesn’t make a spectacle of the suspect, and the only time they ever seem to want to draw attention to any police offer shooting or murder is when a white cop kills a black man.

We saw the same lack of attention in the mainstream media when the black security officer was shot and killed on live television during the Black Lives Matter riots.

Unless the story is going to get the black community all fired up for ratings, votes, and more BLM money, the media, and Democrats simply aren’t interested in the story because it doesn’t fit their narrative.

Mike Tyson loses it onboard a JetBlue flight after being antagonized by an obnoxious passenger and ends up pummeling him in the face.
Crime