You Made It Political
HomePoliticsMcConnell signals to Republicans that it's still OK to vote to convict... 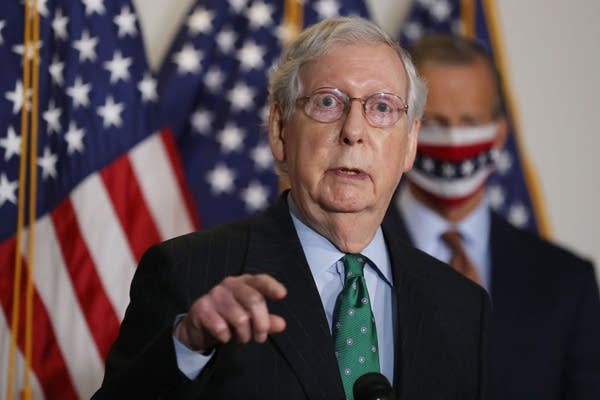 Senate Minority Leader Mitch McConnell is signaling to fellow Republicans that the final vote on Donald Trump’s impeachment is a matter of conscience and that senators who disputed the constitutionality of the trial could still vote to convict the former president, according to three people familiar with his thinking.

The Kentucky Republican has also suggested that he hasn’t made up his mind how he’ll vote, two of the people said, even though he voted Tuesday to declare it unconstitutional for the Senate to hear the case against a former president.

Only six Republicans on Tuesday voted in favor of the constitutionality of the Senate process. While that was enough for the simple majority required to proceed with the trial, it suggests that most GOP senators don’t want to vote against Trump.

McConnell, in a leadership meeting Monday night, said the same things he has said publicly, a person familiar with the matter said.

On Feb. 2, he told reporters: “We’re all going to listen to what the lawyers have to say and making the arguments and work our way through it.”