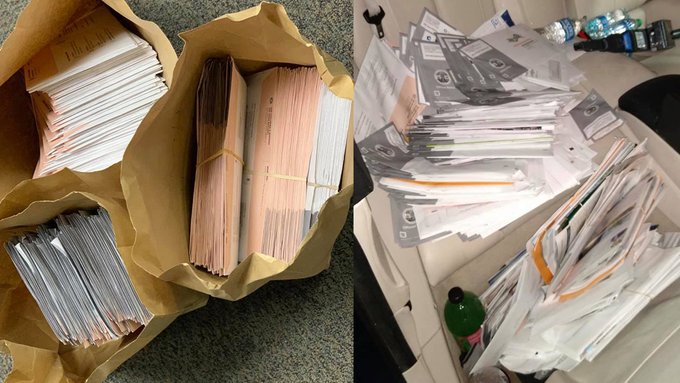 It looks like the sneaky Democrats are up to their usual tricks again in a move to possibly steal California’s recall election… but are we surprised?

With less than three weeks until California Governor Gavin Newsom’s recall election, the Torrance Police Department revealed on Monday it arrested a suspect on Aug. 16 after he was found in possession of over 300 recall election ballots in his car.

Torrance Police wrote on Facebook earlier this month they discovered the “male subject passed out in a vehicle in a 7-11 parking lot.” After investigating the scene, “officers learned he was a felon and located Xanax pills on him…and discovered a loaded firearm, methamphetamine, thousands of pieces of mail, a scale & multiple CA drivers licenses ad credit cards in other individuals’ names.”

He is now being charged with multiple weapons, narcotics & forgery charges.

“This case is currently being investigated by our Special Investigations Division in partnership with the U.S. Postal Service and the LA County District Attorney Public Integrity Unit,” the police department wrote in an Instagram post.

Although the suspect was illegally in possession of hundreds of ballots, the department said “Investigators are trying to figure out how the election ballots ended up in the suspect’s vehicle and what their intent was in having them.”

All those named on the ballots “will be receiving a new election ballot,” said Torrance police.