You Made It Political
HomePoliticsStefanik Blasts Cheney... Says GOP Must Work "As One" With Trump

Stefanik Blasts Cheney… Says GOP Must Work “As One” With Trump 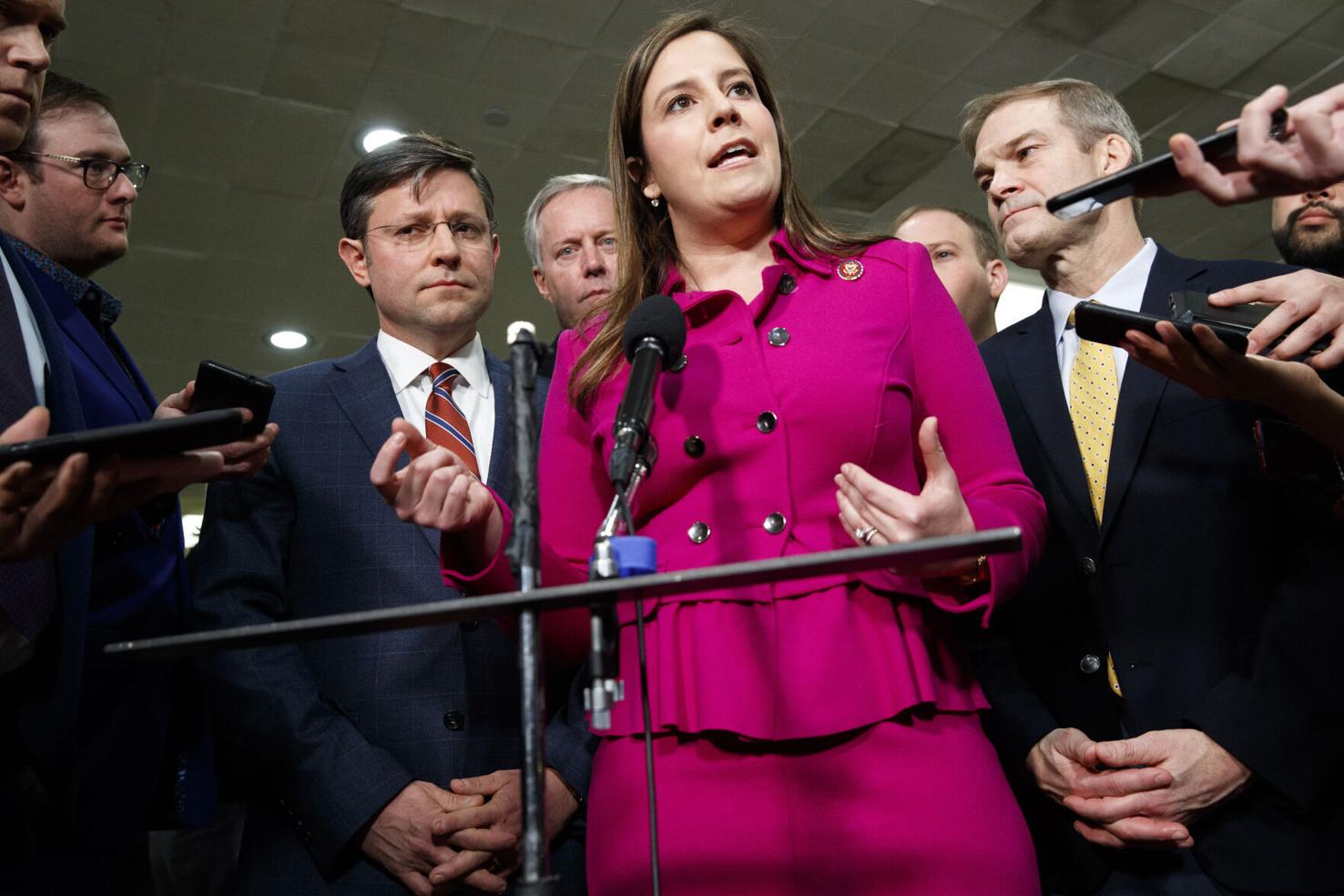 WASHINGTON (AP) — Rep. Elise Stefanik stated her case last Thursday for replacing Rep. Liz Cheney as the No. 3 House Republican leader, implicitly lambasting Cheney’s battles with former President Donald Trump by saying, “We are one team and that means working with the president.”

The remarks by Stefanik, R-N.Y., a one-time moderate who has evolved into an ardent Trump champion, came as Cheney seems likely to be tossed from her leadership post next week. Cheney, R-Wyo., has repeatedly rejected Trump’s claims that he lost the 2020 election because of widespread fraud, and has blamed him for inflaming followers who assaulted the Capitol on Jan. 6.

Speaking on Steve Bannon’s “War Room” podcast, Stefanik said she is committed to “sending a clear message that we are one team and that means working with the president and working with all of our excellent Republican members of Congress.” Stefanik repeatedly used “president” in referring to Trump.

In an opinion essay in The Washington Post, Cheney implored her GOP colleagues on Wednesday to pry themselves from a Trump “cult of personality” and declared that the party and even American democracy were at stake. “History is watching,” she said.

Trump issued a statement giving his “COMPLETE and TOTAL Endorsement” to Stefanik, 36, who’s played an increasingly visible role within the GOP.

Stefanik responded quickly, highlighting his backing to colleagues who will decide her political future.

“Thank you President Trump for your 100% support for House GOP Conference Chair. We are unified and focused on FIRING PELOSI & WINNING in 2022!” she tweeted.

Stefanik, who represents a mammoth upstate New York district, began her House career in 2015 as a moderate Republican.

She opposed Trump’s ban on immigration from seven majority-Muslim countries, and joined Democrats in voting against Trump’s effort to unilaterally redirect money to building a wall along the Southwest border. She also led an effort to recruit female candidates for her party.

Stefanik’s rural district, which Barack Obama carried in his successful 2008 and 2012 presidential runs, was subsequently won twice by Trump. She morphed into a stalwart Trump defender and was given a high-profile role during the 2019 House Intelligence Committee impeachment hearings.

That was widely seen as a strategic move by the GOP to soften its image by giving a woman a prominent role. Stefanik’s status and visibility within the GOP have soared since then.

Cheney is the highest-ranking GOP woman in Congress. There are just 31 Republican women in the House, about one-third of Democrats’ total but up from the 13 who served in the last Congress.

There were no other visible contenders for Cheney’s post, with a secret ballot by House Republicans on her fate this week. A vote on a replacement, seemingly Stefanik, could come that day as well.