You Made It Political
HomePoliticsTrump To Speak LIVE AT CPAC This Afternoon In Orlando, Florida 3:40...

Trump To Speak LIVE AT CPAC This Afternoon In Orlando, Florida 3:40 PM 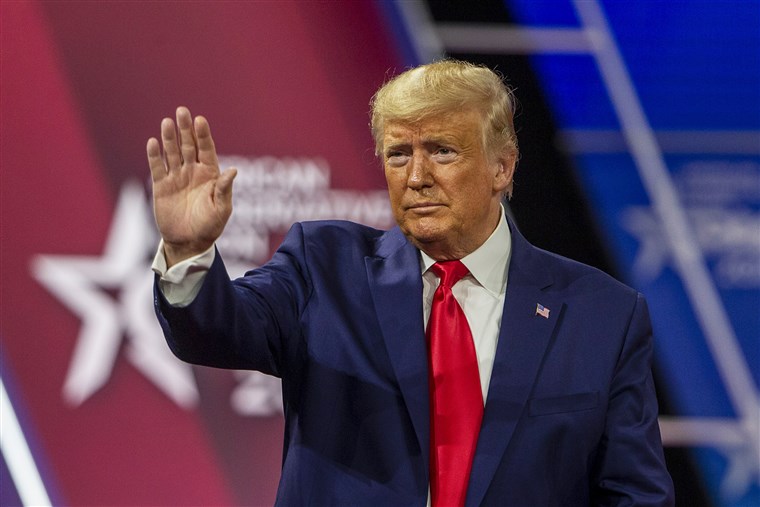 Former President Donald Trump is back in action Sunday afternoon down in Orlando, Florida! He is set to deliver the keynote address at the Conservative Political Action Conference (CPAC) as he and his allies aim to guide the direction of the Republican Party after his presidency.

Trump is expected to slam President Biden on immigration as well as attack Keystone XL and Big Tech, a source close to the former president said. We also wouldn’t be surprised if hints at a 2024 presidential bid without actually committing to it just yet.

One topic of discussion that everyone has on their mind is whether Trump will commit to staying in the Republican Party rather than starting a new party? We won’t have to guess, however, as it is already confirmed that he will be supporting the Republican Party.

We are not starting new parties, and we will not be dividing our power and our strength. Instead, we will be united and strong like never before,

Trump will say, in an excerpt of the speech obtained by Fox News.

Donald Trump is also expected to bring up his disappointment in Rep. Liz Cheney, R-Wyo., who has been slammed by a number of CPAC attendees for her vote to impeach Trump in January.

We’ll be streaming Trump LIVE today from CPAC at 3:40, so stay tuned!