You Made It Political
HomePoliticsWill The New Electoral College Map Even Help Republicans?

Will The New Electoral College Map Even Help Republicans? 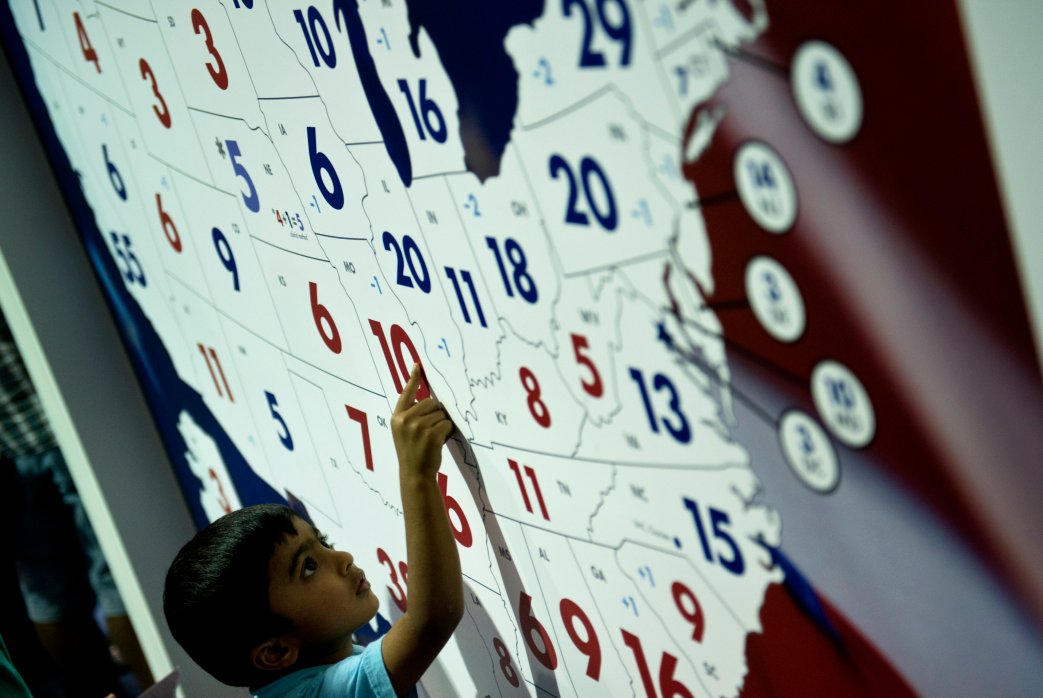 By Jason Dick: ANALYSIS — The 2020 census and its ensuing reapportionment of Electoral College votes and House seats is doing what it has done for decades: scramble politics.

Whether that happens at the House level takes time to sort out. States have to draw new district lines, and until they do, it’s tough to tell which party benefits more.

But at the Electoral College level, we can make some observations about the map that presidential candidates will navigate in their pursuit of 270 electoral votes.

Biden won California, Illinois, Michigan, New York and Pennsylvania, so his column would lose five votes in 2024. Trump won Ohio and West Virginia, so he would lose two votes. That’s a net gain of three Trump votes among those states.

Six states will gain seats, with Texas getting two and Colorado, Montana, North Carolina, Oregon, and Florida getting one a piece.

Among those states, Biden won Colorado and Oregon — add two votes there. Trump won Texas, Montana, North Carolina and Florida, a five-vote gain. That would be a net gain of three Trump votes.

That accounts for the six votes Trump would have gained using the 2024 map.

But remember the investment managers’ caveat? Past performance may not be indicative of future results. That applies to politics, too.

First: We don’t know who will run. A lot can happen in three years. Remember the attack on the Capitol? That was January. Trump’s first impeachment trial? Not even a year and a half ago.

Reflecting on the 2020 results, there are other considerations too.

Among the states Trump won solidly, or by 10 points or more, it’s a net zero. One vote lost, courtesy of West Virginia, and vote one gained, courtesy of Montana.

Among the states Trump won by closer margins, it’s a net gain of three votes. One vote lost in Ohio, two gained in Texas, and one apiece in Florida and North Carolina. Consider also that he won North Carolina by a little more than one point and Florida by a little more than three. And that those two states and Texas are growing like crazy and are, therefore, a little unpredictable.

Among the states Biden won solidly, it’s a net loss of one vote. California, Illinois and New York lose him three votes, but Colorado and Oregon gain him two.

In the states Biden won more narrowly, it’s a net loss of two: one in Pennsylvania and one in Michigan. Biden won Pennsylvania by about 1 point and Michigan by almost 3.

And as long as we’re exploring the uncertainty principle, it’s worth pointing out that states change their preferences over the years.

California, for instance, voted for the Republican nominee for president every single election from 1968 through 1988. Then, in 1992, it went Democratic and hasn’t been close since.

How about West Virginia? It provided Trump with nearly 69 percent of the vote in 2020. But it was a Democratic stronghold for decades.

From 1968 through 1996, West Virginia voted for the Democratic presidential nominee, with the exception of landslides in 1972 (Richard Nixon over George McGovern) and 1984 (Ronald Reagan over Walter Mondale). But all those other years, it went with Democrats: Hubert Humphrey in 1968, Jimmy Carter in 1976 and 1980, Michael Dukakis in 1988 and Bill Clinton in 1992 and 1996. In 2000, it said no thanks to Al Gore and has been solidly Republican since.

If one were to keep an eye on two political bellwether states, go with Pennsylvania and Florida.

There is some nice symmetry there: two very different quintessential swing states. One that leans Democratic, one that leans Republican. One that usually loses electoral votes and House seats, one that gains. And since 1968, they have almost always voted for the presidential winner, except for two times each when they went with the loser: Pennsylvania in 1968 (Humphrey) and 2000 (Gore), and Florida in 1992 (George H.W. Bush) and in 2020 (Trump).